Git met Vince and Billy Ray in 1975 during the heyday of the underground rock scene in New York City. Earlier in 1975, Vince and Billy had moved from Dayton, Ohio to New York’s Chelsea Hotel to play with Ian Sweet aka Holiday Ian in his band entitled, “Sweet Star.” The boys played in various bands during this period that frequently appeared at Max’s Kansas City, CBGB’s, Club 82 and other underground venues in NYC.

During the cold and early months of 1978, Git, Vince and Billy each rented rooms in an old rooming house on 22nd street between 8th and 9th Avenue in New York’s Chelsea section. By this time the Smart Pills had already been heavily influenced by the raging punk rock scenes in New York and London, and the boys were eager to start a punk band together. Git and Billy frequently congregated in Vince’s room on the 1st floor, where they drank whisky, smoked cigarettes and listened to their favorite records before going out to Max’s and CBGB’s to hang out with friends and check out other bands. In was in this rooming house that Git Smart wrote the earliest Smart Pills songs, “Yankee Doodle Boy” and “No Pictures of Dad.” Of note, Josie Cotton later recorded several Smart Pills songs, including “No Pictures of Dad” which Josie performed on an episode of the short-lived TV series, “Square Pegs.”

By the summer of 1978, the Smart Pills were financially destitute, starving and literally struggling to survive. The Smart Pills had no money to rent rehearsal space, no money for equipment and hunger was gnawing in their bellies continuously. Earlier, the Sex Pistols had decided to bypass New York on their U.S. tour and took their music straight to the heartland of America, where it had never been heard. Influenced by this move, Git decided to re-locate the Smart Pills to his home town of Topeka, Kansas, where punk rock was nonexistent and the band could write additional songs and perform shows for virgin audiences.

The Smart Pills move was not without its problems. In 1978, The Smart Pills were literally the first punk rock band to live and play in Kansas. Clubs and other venues allowing bands to play original music, let alone original punk rock music, were few and far between. Bar fights was another problem for the boys, as the Kansans had never seen or encountered punk rockers.

However, the Smart Pills did manage to get their first gig in early March 1979 in a small Topeka club called Denicks Deli. The gig led to other shows and in April 1979 the Smart Pills obtained a residency in the college town of Lawrence, Kansas at “Off The Wall Hall” a local college bar. The Off The Wall Hall tracks were originally recorded on a cassette tape recorder that Git had on stage during the shows; and are the earliest recordings of the Smart Pills. The boys had also befriended an ex-convict as a roadie named Glen, who effectively eliminated the bar-fights. The shows at Off The Wall Hall in Lawrence occurred during April and May 1979. The Smart Pills raw energy, unique sound and punk style is distinctly apparent in these early recordings. Vince and Billy liked playing at Off The Wall Hall because the beer taps were left on and there were several large barrels of salted peanuts, which they both descended on during the afternoon sound checks.

True to the early punk rock philosophy, The Smart Pills was the first band in which Vince Conrad played bass and Billy Ray played drums. The Smart Pills also embraced the early 60’s sound and look of the Beatles/Tony Sheridan Hamburg era which seemed to blend in seamlessly with the Pills contemporary punk rock look, sound and style. While never taking themselves too seriously, the boys sarcasm and contempt for the ignorance they encountered was often conveyed in The Smart Pills music. Rarely, does a Smart Pills song last longer than three minutes. The Smart Pills took their music back to the basics, with three and four chord songs pounding with a simplicity that is raw, refreshing and entertaining. 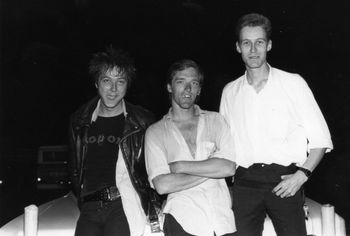 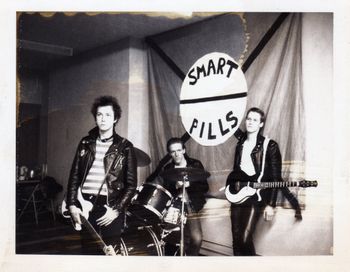 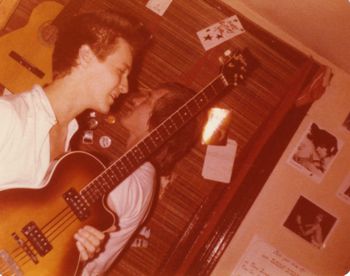 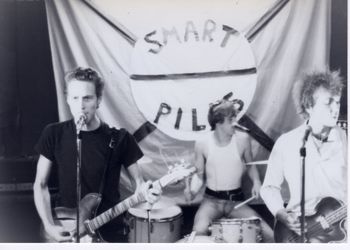 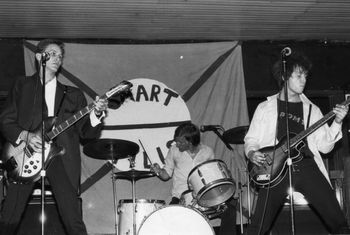 Smart Pills in LA opening for the Plugz 1979 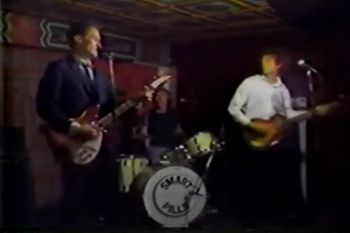 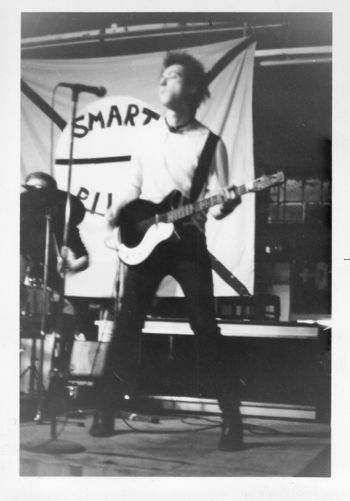 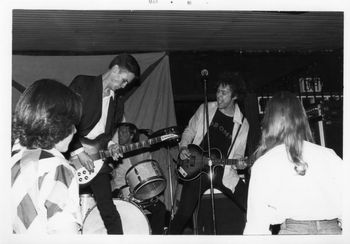 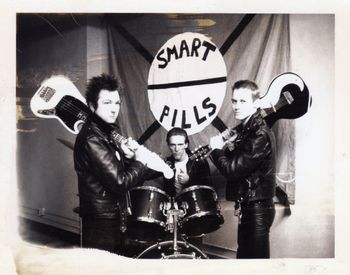 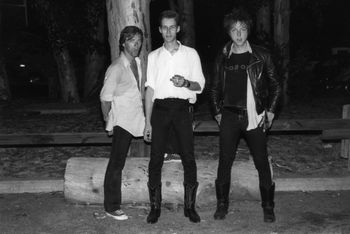 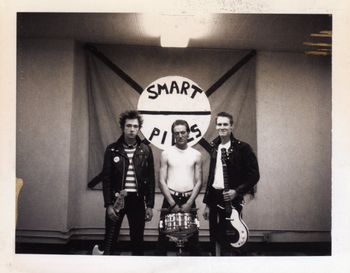 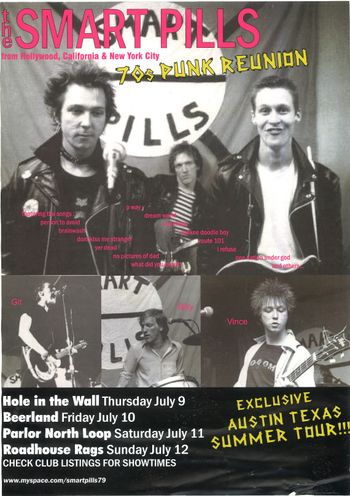 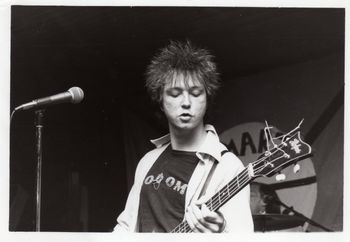 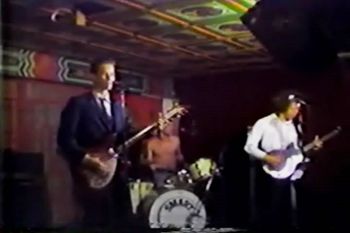 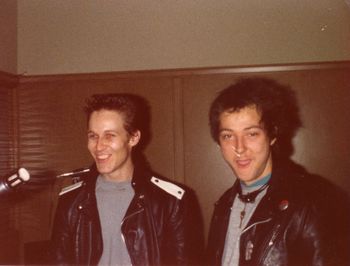 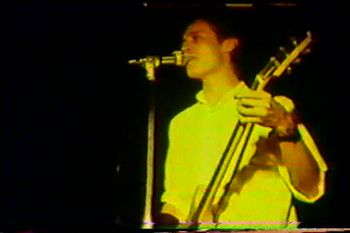 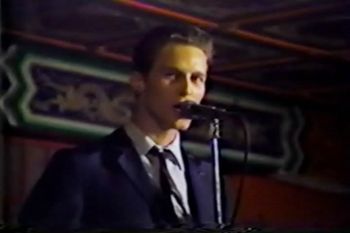 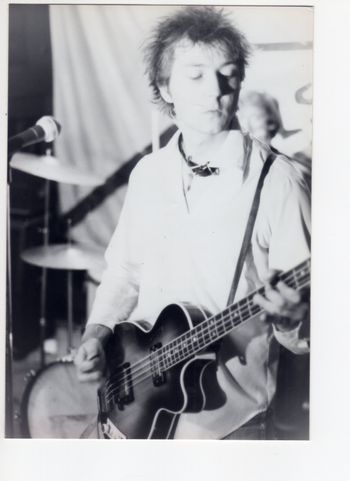 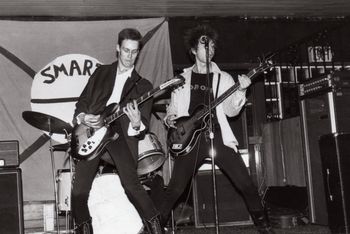 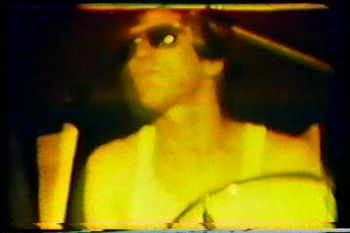 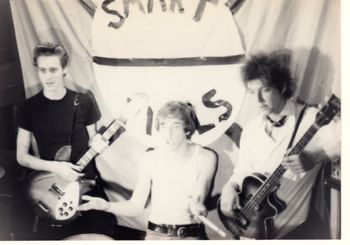 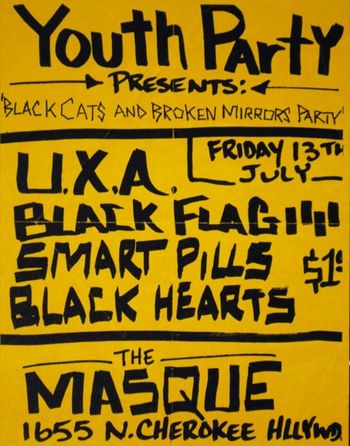 Last Show at the Masque in Hollywood, CA 1979 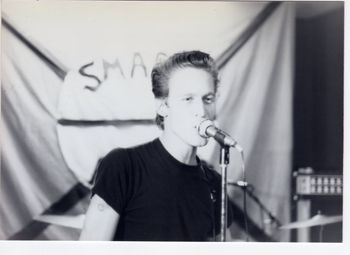 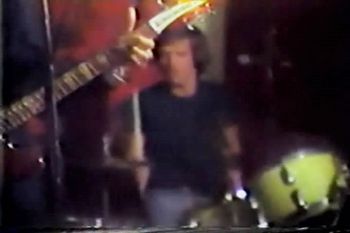 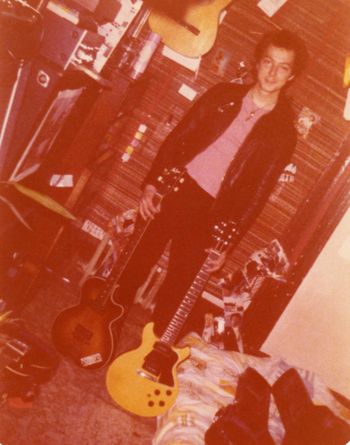 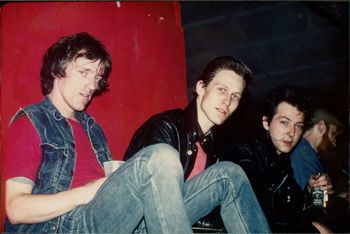 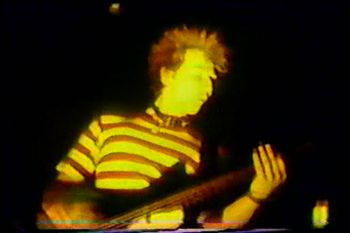 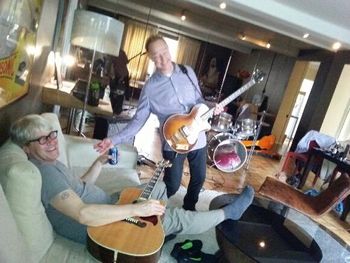 Git Smart wrote the majority of the Smart Pills original material.  However, Vince Conrad also made a few early contributions, as well as, collaborating with Git on a few others.  In addition, The Smart Pills covered a number of early 50’s and 60’s rock n’ roll songs during the Topeka and Lawrence shows, but with a style that was indelibly the Smart Pills.

The Smart Pills played publically in Kansas for only three months, playing their last show at the Disconnection in Topeka, Kansas.  One can clearly hear the difference between those early raw and rowdy shows performed in Lawrence as compared to the final show at Disconnection in early June 1979.  By June 1979 the Smart Pills had become well-known locally and earned a large following of early punk converts and forward thinkers.  However, the Smart Pills never planned nor were destined to remain in Kansas.  In June 1979, the Smart Pills loaded up a used white Ford van Git had acquired for the band and headed to Hollywood, California.  The Smart Pills went on to live, play and become part of the early Los Angeles punk rock scene in 1979.

“The Smart Pills, Live in Kansas” is a brief but legendary snapshot of the music, story and lifestyle of a first generation punk rock band whose members lived and played in both the early New York and Los Angeles punk rock scenes of the 1970’s.  The Kansas recordings are from the earliest Smart Pills shows subsequent to their departure from New York and prior to their move to Hollywood, in June 1979.  The two CD set contains fifteen original Smart Pills tracks, as well as, nine covers performed at shows from both Off The Wall Hall in Lawrence, KS and the last show performed at the Disconnection, in Topeka, KS.

No band I have ever heard then or now sounds like the Smart Pills.  For the first time ever, the Smart Pills music is being released to the general public through Vince Conrad Productions.  “The Smart Pills, Live in Kansas” and the “Smart Pills, Hong Kong Café 1979” DVD are a must for anyone interested in the early beginnings of American punk rock music, and Los Angeles punk rock in particular.  The Smart Pills early live recordings are truly a rare and wonderful find for punk rockers of any generation!