NEW SINGLE - WORKING IN A RESTAURANT by Vince Conrad

In February 2019, Vince Conrad Productions (VCP) will be releasing two new singles, "Working In A Restaurant" and "Comatose."  Both songs were written by Vince Conrad in the early 1980's but never released for sale to the general public.  These songs have been re-recorded by Vince Conrad in 2018 and will be available for the first time exclusively on the VCP website.  Both songs are firmly rooted in the old-school punk rock style that continues to emerge from VCP.  Watch for the new Vince Conrad downloads available only on the VCP website in early 2019! 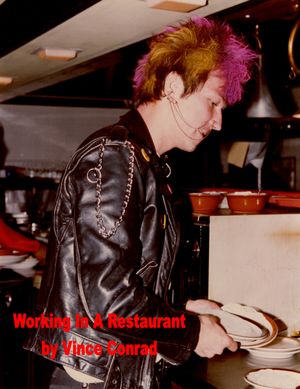 It has been a busy year so far for Vince Conrad Productions (VCP). VCP is nearing completion of two additional musical projects, both distinctly different. Vince Conrad will soon be releasing his second solo EP, which contains five brand new songs within a contemporary punk rock genre, but which still contain early influences from the New York and Los Angeles punk music scenes. The songs are a blend of driving guitar embellished with unusual vocal melodies and abrasive lyrics.  One song, “My Side” features Terry Thomas of the Pittsburgh punk band, the Ultimatics playing lead guitar, which is unquestionably one of the best songs on the record. Tony Matteucci, drummer extraordinaire, of the Detroit punk rock band "The Dogs" and formerly drummer for the Pagans, is also lending his rhythmic talents to Vince and plays drums on the new record.  Vince Conrad wrote and produced all songs on the new release. The new Vince Conrad EP, simply entitled, “Transition” is scheduled for release on December 2nd, and will be available for sale exclusively through the VCP website. 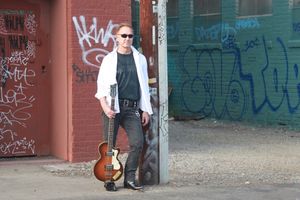 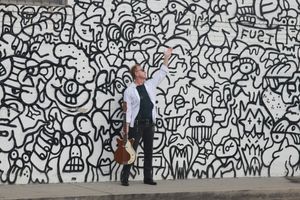